The ProHandiskins Final had it all today, as Gavin Vearing held on in  a dramatic finish at the 18th hole to be crowned as the ProHandiskins Trophy, and collecting the first ever Jarrod Lyle Memorial Trophy. It was a final that had everything.

Two-time Defending Champion Jamie Hook from Pacific Dunes, was the red-hot favourite going into the final, after setting the course alight in the two qualifying rounds. Jamie has made this event his own over the years and this year he entered the final in the best form we've seen from him at RACV Royal Pines. But this year he was up against a quality field in Matt McLean (Southport), Heath Benstead (Northern), and Gavin Vearing (Wodonga) taking up the challenge to unseat Jamie's dominance, and to win their share of the $10,000 on offer in the skins final.

After a few nervous putts missed the hole, Hook held his nerve when others faltered to sink a jackpot $800 putt on the second. The signs of a threepeat were ominous. 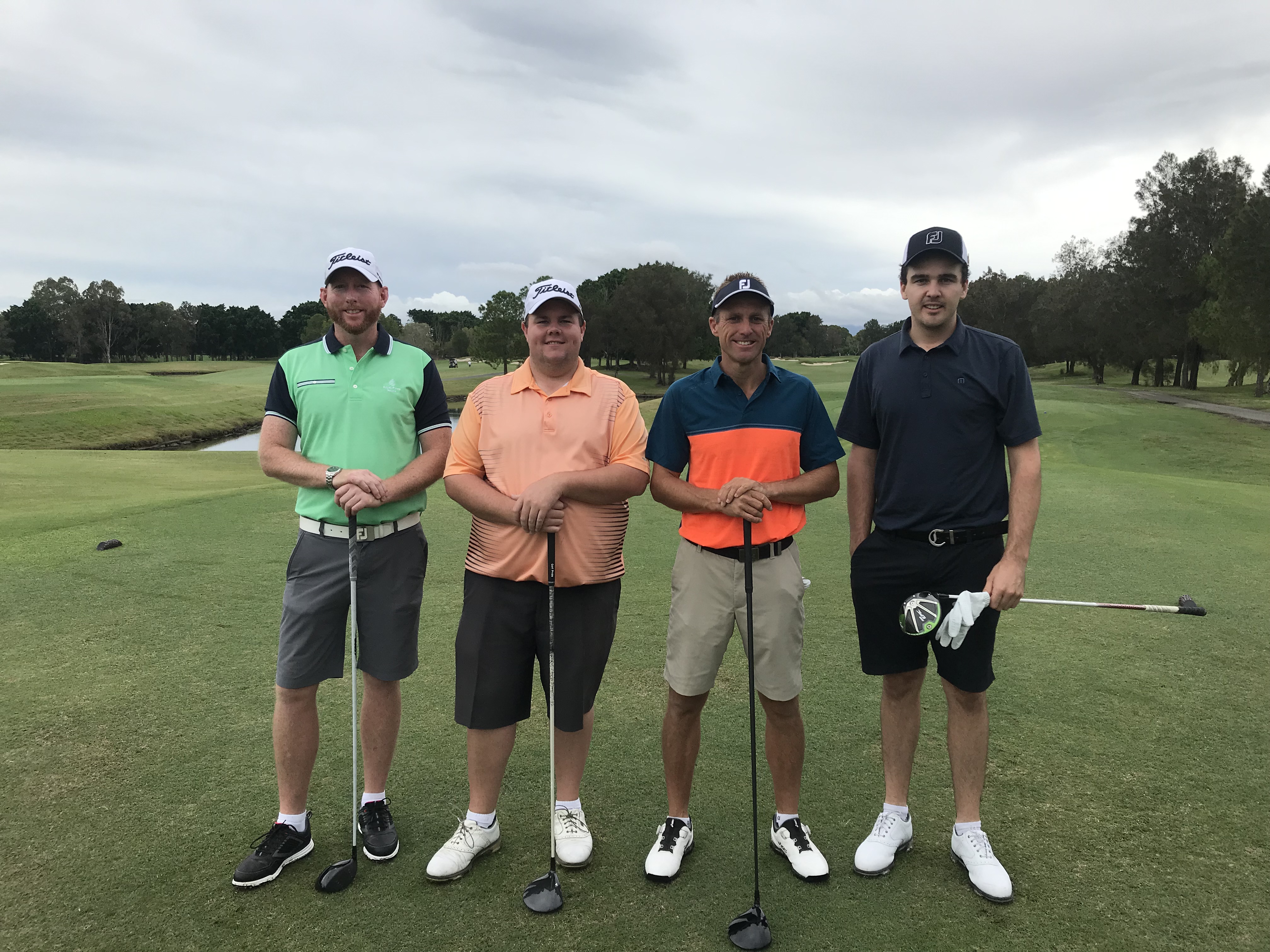 As the round continued, things tightened up. Hole after hole it followed a similar pattern. Hook competing at every hole, McLean cursing his putter, Vearing showing handy touches around the green, and Benstead having an off day all round. But Skins is a funny game, and if luck is on your side you only need one good hole to collect the cash.

And so it was when the players reached the 9th green, there was a 7-hole Jackpot of $3100 on the line. Up steps Benstead to drain the putt that counted to the heartbreak of those around him that rued their earlier opportunities to pocket the cash.

took their chances, and it was anyone's game. And as it so often does, the 17th hole was the turning point, and Gavin Vearing collected the cash and hit the lead for the first time. By a mear $100.

Hook and McLean were out of the running, and only Benstead could catch Vearing, but he'd have to win the final hole to do so. Benstead turned up the heat and looked the goods after getting pin high in two and staring down a birdie whilst the other players toiled. As Benstead waited t nail his short Birdie putt, up stood McLean with an unlikley 30 foot putt to force the tie. McLean's putting was sketchy all day, but with the last $600 on the line he took aim and drained a monster to force the tie which was split amongst all 4 players. Vearing couldn't believe his fortune, as Benstead watched his title opportunity slip away in the cruelest of fashions.

Vearing had a smile wider than the Sydney Harbour Bridge when he exited the green to the applause of the Handiskins crowd that had assembled at the back of the last hole. A gracious Vearing, thanked his competitors, and underplaying his own great golf.

"I don't think Jamie missed a fairway all week, and was just a competitor out there on every hole - If we were playing stroke he would've won by 10 shots. Matt couldn't get a putt to drop all day, until he sank that birdie putt on the last that ended up winning me the title from Heath. But that's Skins golf, and why ProHandiskins is such a great event. We all had our chances, and I certainly had my fair share of luck too."

Vearing continued "Handiskins has just been such a terrific boost for clubs across the country and I just love to see it growing every year. This is my first attempt at ProHandiskins and I can say it is a great event"

Vearing vowed to return next year to defend his title, and will accept his Trophy at tonight's Gala Presentation dinner at RACV Royal Pines Resort.

See the Golf Challenge past champions and finalists,